One night Mimi had a strange feeling. She felt her bed moving. Mimi was scared. She had never seen a moving bed ( or worse felt a moving bed !) 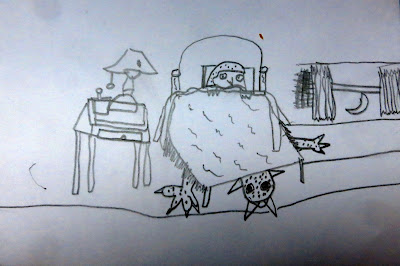 She went inside the cover of her bed and had an idea. She thought it could be her brother dressed up in a monster costume for Halloween. He loved to scare Mimi. But she could hear howling.

She thought  “How could my brother howl like that? ” I think I should get down and look under my bed. 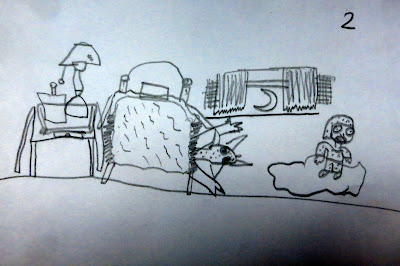 But when she got of her bed she felt something slimy. Her feet began to get struck. Now she was shivering with fright. She shouted Help! Help! but who will hear her in the night. She started crying.The monster kept on getting closer and closer to her feet. 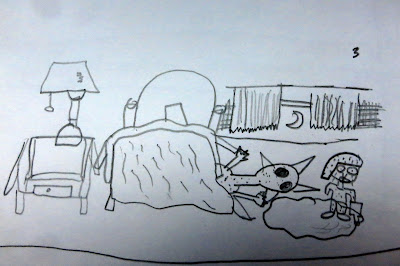 In sometime Mimi had another idea. Everyone knows if you add water to slime it melts and luckily next to Mini there was a bottle of water and Mimi also knew that monsters hate light so she switched on her night light and put water on the slime. The slime melted and the monster ran out of the window! 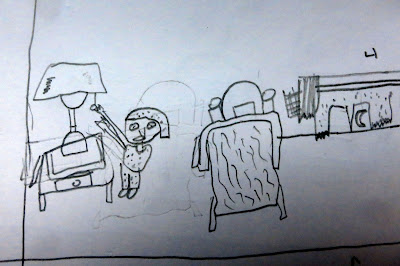 So now you know what to do when a monster comes under your bed! 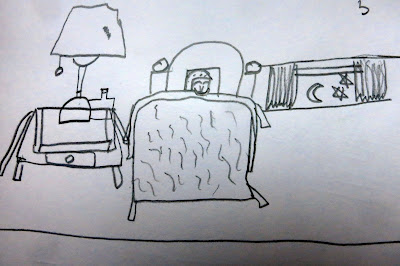